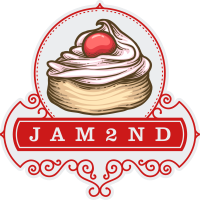 I believe the history of marketing and design can teach us a lot, and look to find ideas and insights from the people and approaches of the past.

Photo by Sheri Hooley on Unsplash

The Time for Magic

And in all times, including this one, I think it’s time for more magic.

There are lots of things other people do, thay I don’t know how to do – and they look like magic to me. I don’t really know how my car works. Like, I know broadly, at a macro level, but not at a micro level. I know what some of the big parts of the engine are – but I don’t know exactly what’s going on. Most people don’t.

There’s also lots of things I make happen, that others don’t know how to do (thankfully for me). They ask for something, and I deliver something that, I hope, surpasses their expectations. This is where the magic comes in. Not just doing what needs to be done, but doing something that goes above and beyond and adds a touch of something, well, magical.

If my car was broken – I gave it to the garage and they fixed it, cleaned it, and gave it back.

“We cover the car in the magic sheet, say the magic words, wait a couple of days, and then whip the sheet off to reveal a clean, working car!”

Any sufficiently advanced technology is indistinguishable from magic.

Good work, Clarkey. But not just advanced – anything that someone else hasn’t got a clue about. My partner was on a Zoom call with a group of people from a charity she volunteers for. At one point, someone shared their screen – most of the group are retired and in their 70s and 80s and had never used anything like it before – they audibly gasped! How is it done? HOW?!

The Vietnamese didn’t need to build a bridge that looks like a dragon. But they did. They could have just built an ordinary, standard bridge – that stays up, and carries cars and trucks and other wheeled items. But they added some magic, and look at it! Beautiful.

It doesn’t stop being magic just because you know how it works.

Sir Terry knew a thing or two about magic – he wrote about it a lot. To his readers, what he did was magic. He took words – words that could be arranged in so many different ways, and arranged them in fantastical stories – THAT ARE FUNNY. Yeah, if you’re reading this and you’ve never dipped your toe in Pratchett you probably think “wizards and swords and that, it’s not for me”. But his books are genuinely funny. Try one.

Rory Sutherland, the oft-quoted behavioural marketing expert, believes that “illogic is at times uniquely powerful” and that “the models that dominate all human decision-making today are duly heavy on simplistic logic and light on magic – a spreadsheet leaves no room for miracles.”

How can you go beyond just doing something that is rationally the right answer? What magic ideas do you have that might help people? Now’s the time to get them out.